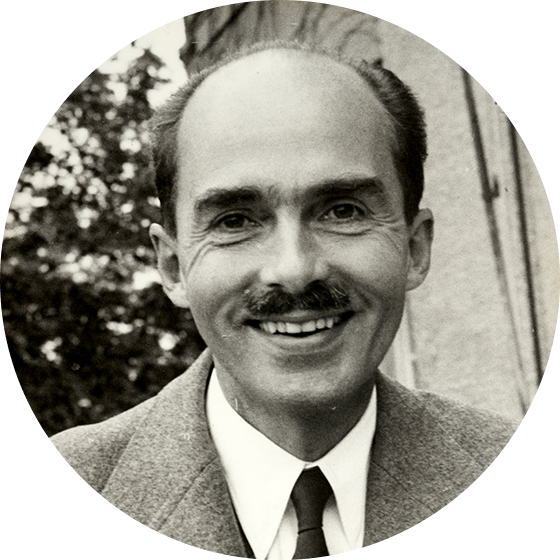 "The heir to the throne"

As first child of Archduke Charles and Zita Bourbon Princess of Parma, Otto von Habsburg was born November 20, 1912 in the Villa Wartholz in Reichenau an der Rax, Lower Austria. The assassination of Franz Ferdinand, followed by the death of Franz Joseph I, played a decisive role in the fate of the young Otto. As a child wearing traditional Hungarian costume he participated at the coronation of his father, Charles IV at the Buda Castle on 30 December 1916, where he was also crowned. 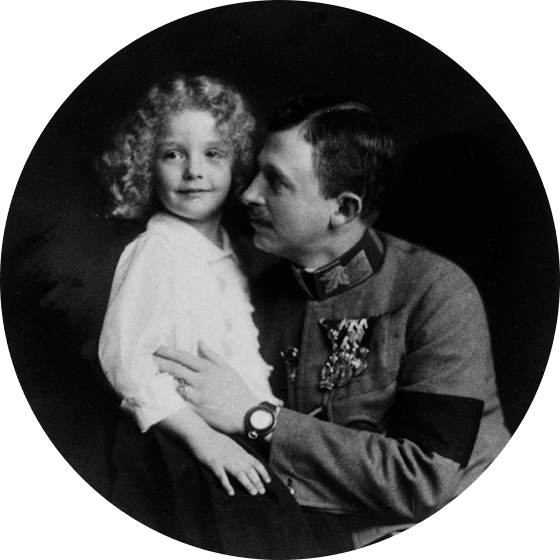 In November 1918, Charles IV resigned from all state affairs of Austria and travelled to Switzerland with his family. Any possible return was prevented by the so-called Habsburg Act (Habsburgergesetz) adopted on 3 April and published on 10 April 1919.
The law withdrew the titles and rights of the members of the House, expatriated them from the territory of the Austrian Republic, and made their return subject to a declaration forfeiture. Furthermore, the law confiscated all the Austrian property of the Habsburg-Lorraine House to the state. After two attempts to return, Charles IV was also deprived of his Hungarian throne on 6 November 1921. He spent the last years of his life in exile on Madeira, Portugal, where he died on April 1, 1922. After his funeral Princess Zita said to his eldest son: “Now the responsibility is on you. Live up to his legacy!” 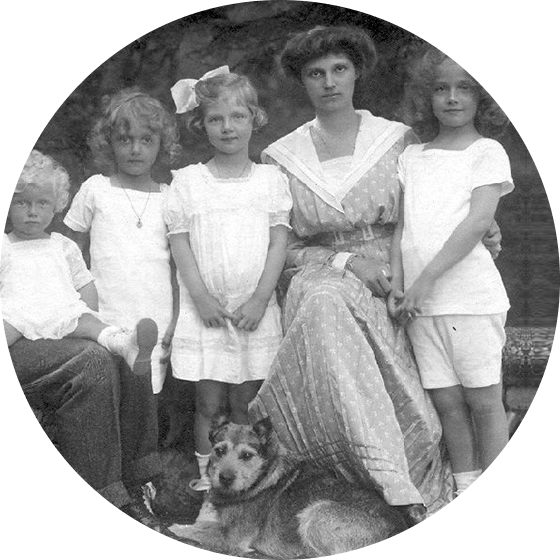 With the help of Spanish king Alfonso XIII of Spain, the family moved first to El Pardo Palace in Madrid and then to Lekeitio Palace in a Basque fishing village on the Atlantic coast.
Throughout these years the livelihood of the family was largely provided by incomes of the Hungarian Habsburg territories, sometimes by donations of Hungarian legitimist aristocrats. Other successor states were reluctant to give any financial support. After his first years of primary school in Switzerland and Portugal, he continued his studies as a private student with the help of Hungarian Benedictine monks, and Austrian, English and French tutors. Archduke Otto, who was deliberately raised as heir to the crown passed both Austrian and Hungarian secondary school leaving examinations. 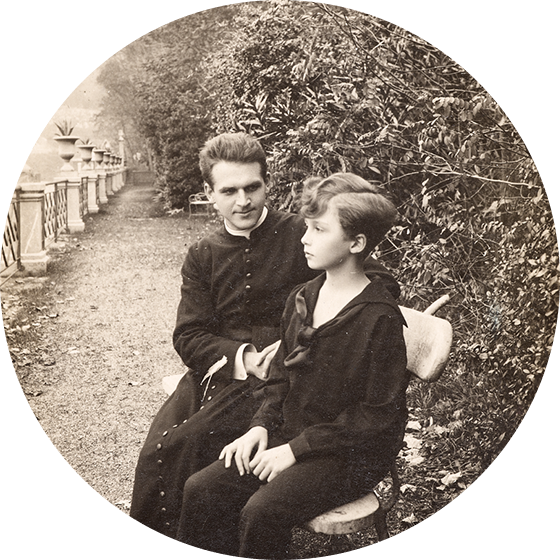 Otto enrolled at Leuven Catholic University under the name Duc de Bar. In October 1929, the family also moved to Belgium, first to Brussels and then to Steenockerzeel near the capital. The new home of the child of Europe, Schloss Ham, became the political centre of the monarchist movement until the outbreak of World War II, when the Village Bell played the melody of Haydn Gott's Erhalte. In 1933 he met President Paul von Hindenburg, "holder" of Hungarian and Austrian ribbons in Berlin but twice refused to meet Hitler. The young Archduke acquired his doctorate in political and social science in 1935. The title of his dissertation was "Peasant inheritance law and the indivisibility of peasant estate in Austria based on common law". 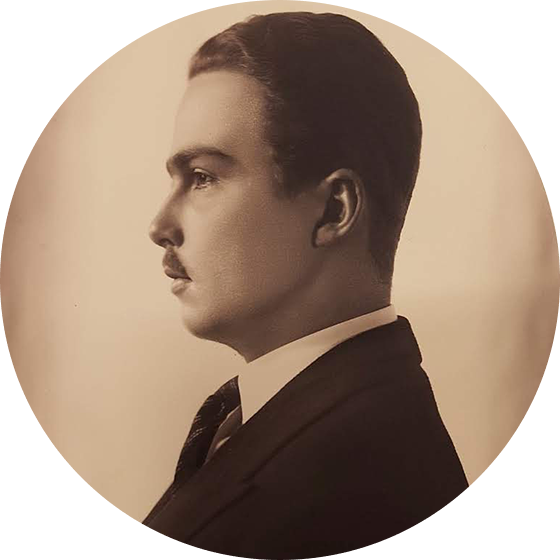 On November 20, 1930, Otto turned eighteen, thus attained the age of majority, and inherited his father's reigning titles. In her solemn declaration, Queen Zita greeted her son as emperor and king. Until he completed his studies, Zita continued to determine the political fate of the dynasty, but they remained fifty-fifty partners even after that. As Otto later said, "She made the decisions, but always asked for my opinion first." 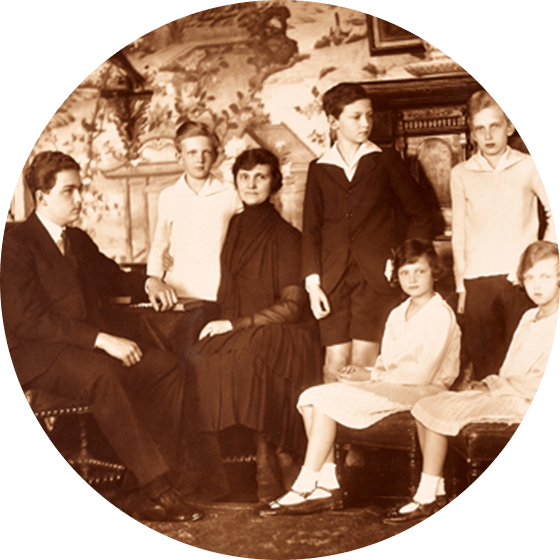 From the second half of the thirties, Otto and the legitimists were drawn to the issue of preserving Austria's independence. Chancellor Dollfuss said: "I'm not a legitimist, I'm an Austrian patriot. If I am convinced that the monarchy will benefit the country, then Austria should become a monarchy today rather than tomorrow." After the death of Dollfuss, Kurt von Schuschnigg, member of the Reichsbund der Österreicher legitimist group became head of the government. In July 1935, the laws on the expulsion of the imperial family were abolished, however, Schuschnigg asked "His Majesty" not to return to Austria without prior consultation. Restitution of the family’s confiscated property began. 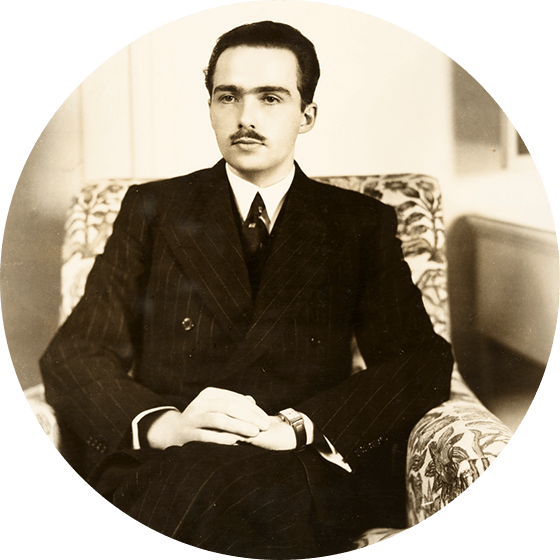 While due to foreign and domestic policy difficulties chancellor Schuschnigg deemed the political resistance "not a current issue", Otto, in his New Year message in early 1937, called on his Austrian supporters to act. In line with his motto: "Nicht geschossen ist auch gefehlt!" (Not shooting is the same as missing) his aim was to take even the slightest chance to save the Austrian state. After Schuschnigg had been forced by Hitler to sign a treaty with Germany in Berchtesgaden on 12 February 1938 which amounted to the abolition of Austria’s independence as a country, Otto advised him to resign and put himself forward as federal chancellor in an open letter saying: "if Austria is in danger, the heir of the Austrian House will have to stand or fall with the country". Schuschnigg was not opposed to the monarchy on principle, however, he did not accept Otto’s offer, as the return of the Habsburgs could be interpreted as a hostile act by the states of the Small Entente and would also provide Hitler with an excuse to invade. 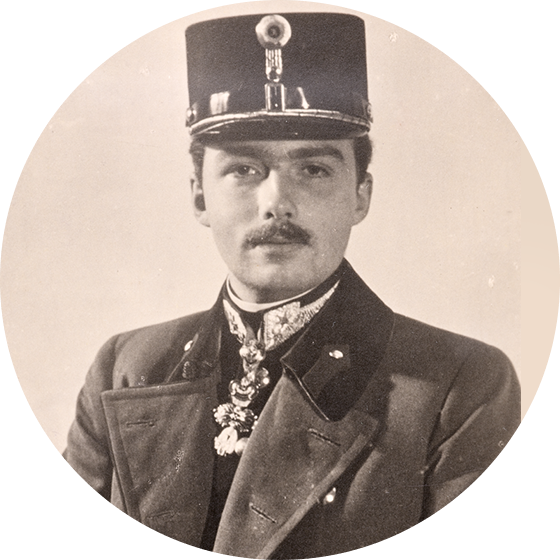 Although according to the Archduke until March 1938 "there was hope of restoration," the annexation of Austria to the German Empire removed it. It is little known that at the beginning of his speech in Vienna, Hitler formulated Austria's new "mission to the great German future" vis-à-vis the royal parties. The Nazi party newspaper, Völkischer Beobachter, published a "wanted" letter against Otto, who was considered a German citizen - and a traitor by Nazis. In an interview with Otto von Habsburg in the early 1990s, he mentioned that, according to an order dated May 10, 1940, he and his mother could not be arrested - because they were to be immediately shot instead. 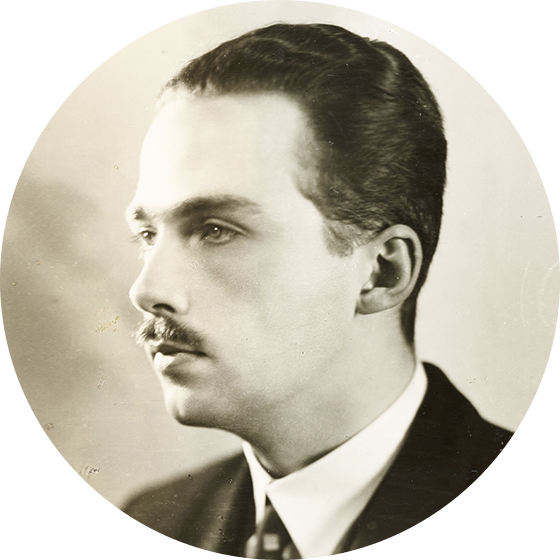 After the German occupation of France the young Otto assisted many persecuted people. He traveled to the United States in 1939 and then in 1940, establishing a relationship with US President Franklin D. Roosevelt, giving numerous lectures against Nazism, advocating the post-war restoration of Austria's independence. He did a great deal to prevent Hungary from falling into the hands of the communists or under Soviet occupation. In the spring of 1944, he contacted Governor Miklós Horthy's circle, but the elderly governor did not take any tangible steps. In September he tried to convince Roosevelt then Churchill on his Austrian cause, with little success. In October 1944 he sold his Washington home and returned to Europe. 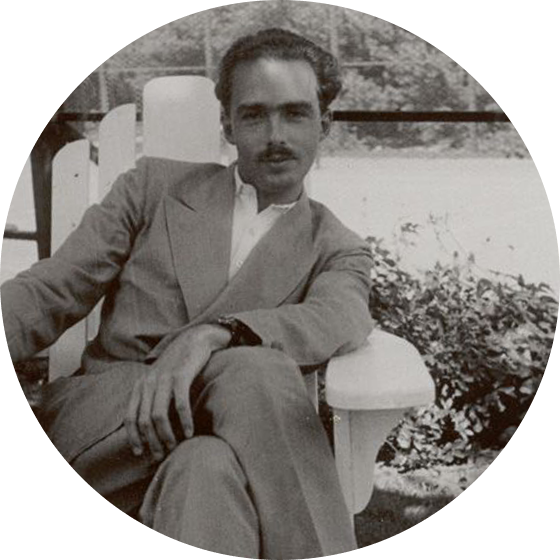 After World War II, in the autumn of 1945 Otto and one of his brothers stayed in the French occupation zone of Tyrol and Innsbruck in Austria. However, due to the Allies protestation and the reinstatement of the Constitutional Law of 1920 (including the Habsburg Laws) forced them to leave the country again. Otto's response was: “It is simply no life that I have to live abroad all the time. This is true even if I, as a confirmed European, do not feel truly alien anywhere Europe". In these years, one of his most important tasks was to help refugees from the Sudetenland and East German territories, and to act for the sake of self-determination in Italy's South Tyrol. 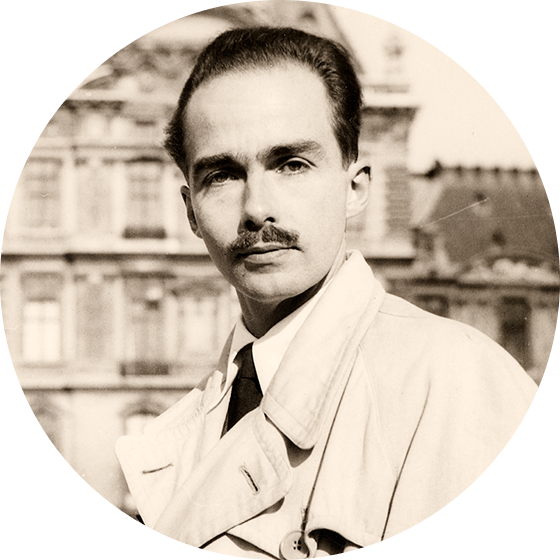 In the 1950s, he kept a keen eye on the unity of anti-communist emigration, watching domestic events, show trials, and the news of the '56 Revolution. At the request of emigrated Hungarian legitimists, he even visited Miklós Horthy in Lisbon in 1949, but on the basis of the conversation he could only ascertain that the governor was not informed of the news of emigration. 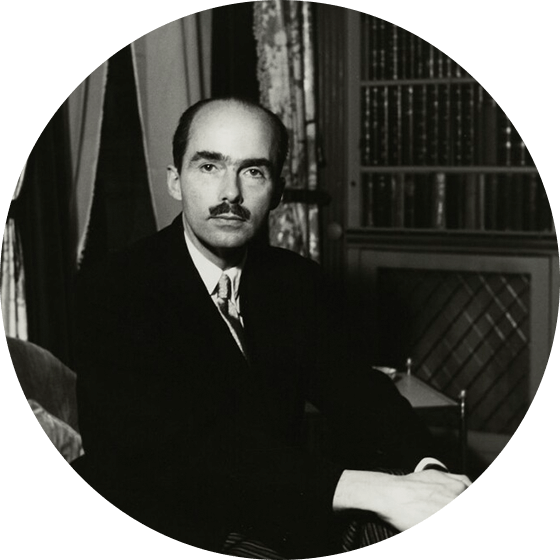 Otto moved to France in 1951, marrying Princess Regina of Saxony-Meiningen, with whom he settled in Pöcking, Upper Bavaria, on the shores of Lake Starnberg in 1954. They lived in a happy marriage until the death of Princess Regina on February 3, 2010, which produced seven children: Andrea, Monika, Michaéla, Gabriella, Walburga, Karl and Georg. 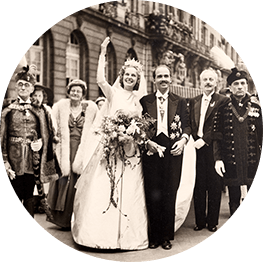 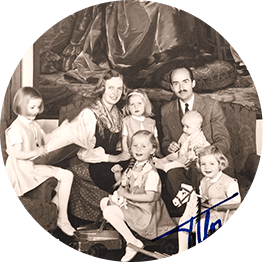 "From the state treaty to the resolution of the Habsburg crisis"

The Archduke applied for Austrian citizenship in 1954 and wanted to clarify the exact use of his name. After accepting his citizenship as Otto Habsburg-Lorraine, on May 31, 1961, in accordance with the requirements of the 1919 Act, he resigned from his reigning demands and even from belonging to the dynasty. Otto had already signed the "flepni", as he called the document in his calendar, the day after his first son Karl's birth, January 12. 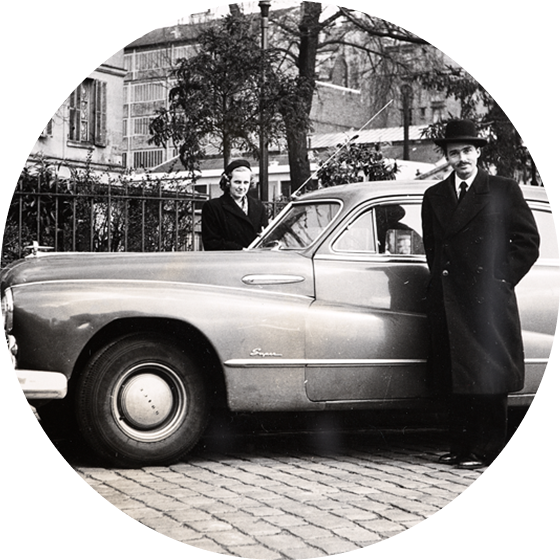 After more than five years of political palaver, Otto was awarded an Austrian passport by the decision of the Supreme Administrative Court, and on October 31, 1966, he again entered his ancestral land. His mother, Queen Zita, could not follow him until more than fifteen years later, in 1982. In 1997, Otto stated his resignation: “I was blackmailed, but my signature is valid. I do not claim any monarchical or property rights.” 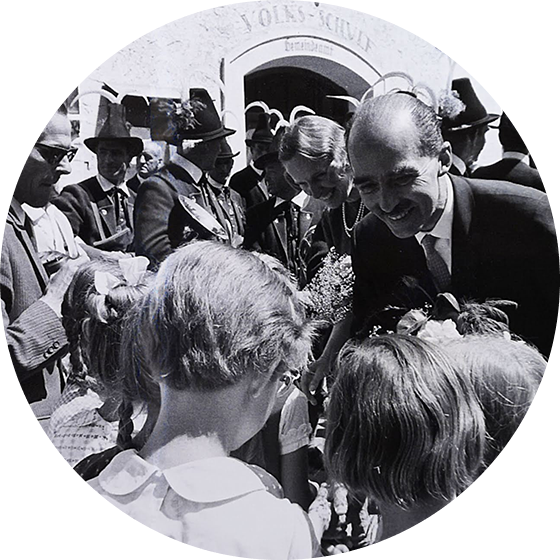 On May 4, 1972, the historic handshake of Chancellor Bruno Kreisky and Otto Habsburg-Lorraine occurred at a reception at the Federal Chancellery. The slow change in official Austria's relationship with its own history is also signaled by Vice-Chancellor Susanne Riess-Passer and Minister of Foreign Affairs calling Dr. Habsburg in 2001 on behalf of the government "His Imperial Highness". 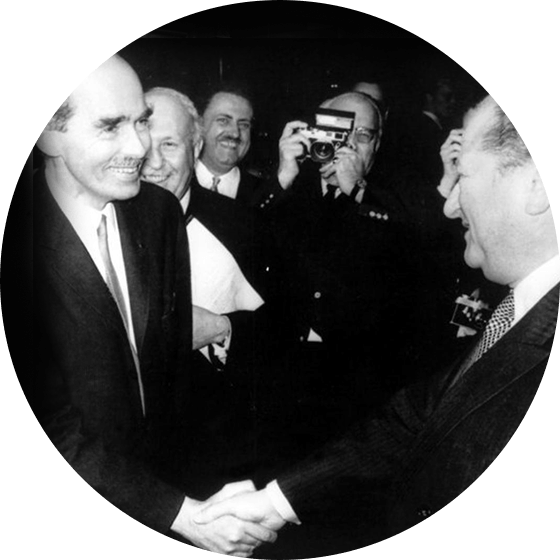 "At home in Europe"

Otto Habsburg-Lorraine was Vice President of the International Paneuropean Union working for a free, Christian, social and unified Europe from 1957, and then President of the Organisation after 1973. Between 1979 and 1999 he worked in the European Parliament, with the mandate of the Bavarian Christian Socialists, the CSU faction, to establish a common foreign and security policy for the continent, for the early accession of the peoples of Central and Eastern Europe, and for the independence of Baltic and Balkan states. 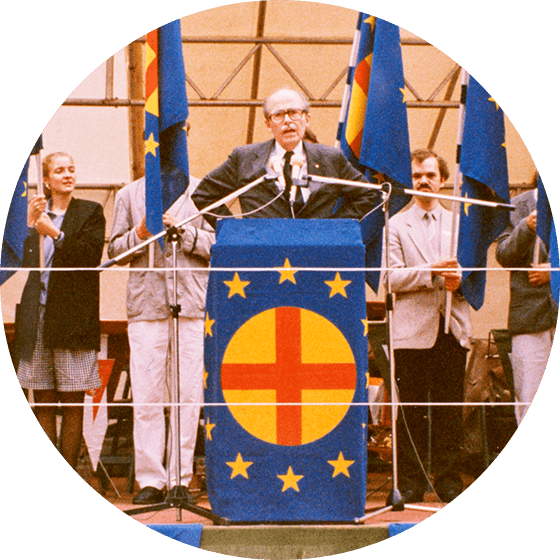 The political administration of János Kádár kept an eye on his activities; his name was on a blacklist until the second half of the eighties. On August 1, 1987, after seven decades, he came back to Hungary as a private individual, with the close attention of the Ministry of the Interior. In the summer of 1988 he visited Hungary with his wife and one of his daughters, and in February 1989 he made his first official visit as a Member of the European Parliament. On his most famous trip, on 19 August 1989 he was the patron of the Pan-European Picnic in Sopronpuszta, when GDR citizens escaped to Austria. 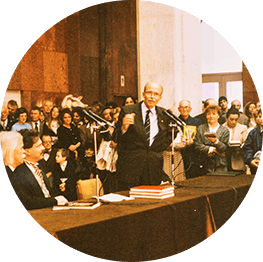 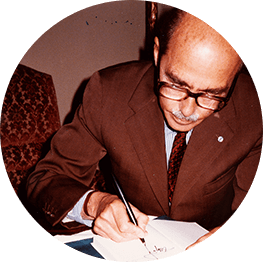 The FKgP (Independent Smallholders' Party) offered him the position of President of the Republic, but he rejected the nomination. In the late '80s, he asked for his Hungarian citizenship to be restored, but the Socialist government only accepted a second application so that his citizenship was restored only after the regime change by the Antall government. He continued his political activities in the 2000s, remaining a respected public figure as a government adviser, speaker and commentator. 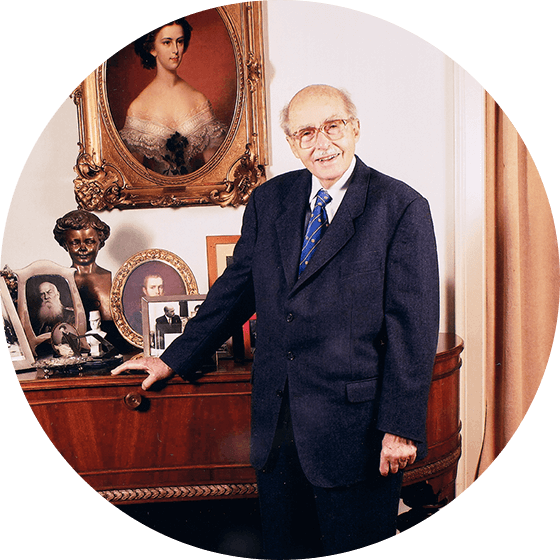 "The death of Otto von Habsburg and his spiritual heritage"

The eldest son of the last Hungarian king and Austrian emperor, politician, publicist and respected European statesman died on 4 July 2011 in Pöcking. His earthly remains were laid to rest at the Vienna Capuchin Crypt on July 16, 2011, while his heart urn is laid to rest in Pannonhalma, in the lower church of the Basilica of the Abbey, at his request - which is a Habsburg family tradition. At the ceremony in Pannonhalma, Abbot Asztrik Várszegi recalled that Otto von Habsburg had been a confessed Catholic Christian, a politician with European education, as well as "a great person with a Hungarian heart" and a good family man. At the time of his death, Jerzy Buzek, President of the European Parliament (EP), said in a statement that a "European giant", a leading figure in EU integration, had died. 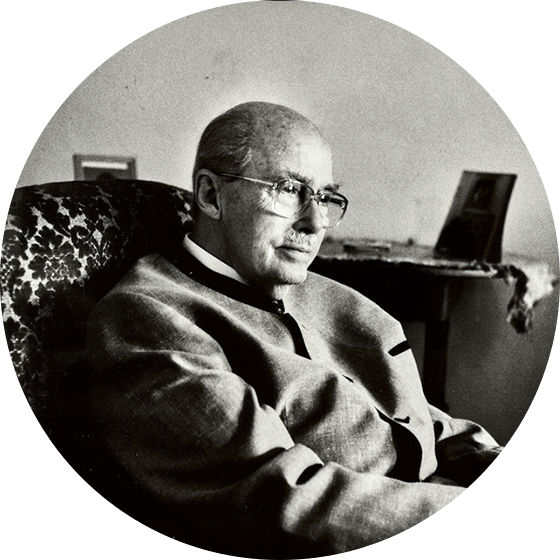 About two-thirds of the large Habsburg family still live in Austria - since 2011 they have even been eligible for the Austrian federal presidency. The parliamentary decision was made shortly before Otto von Habsburg's death on 4 July 2011. Otto von Habsburg was an advocate of the idea of Europe, connected with the names of Konrad Adenauer, Robert Schuman and Alcide de Gasperi, and based on the diversity of European nations and Christian civilization. In addition to his 37 volumes on European historical and social issues in nine languages, his political heritage is now also honoured by the Otto von Habsburg Foundation in Hungary. 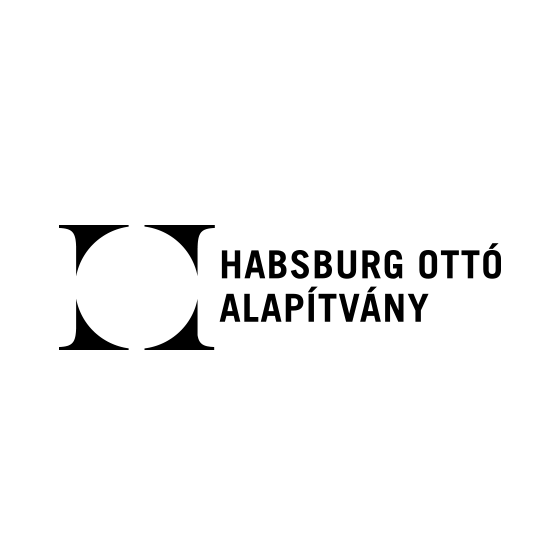