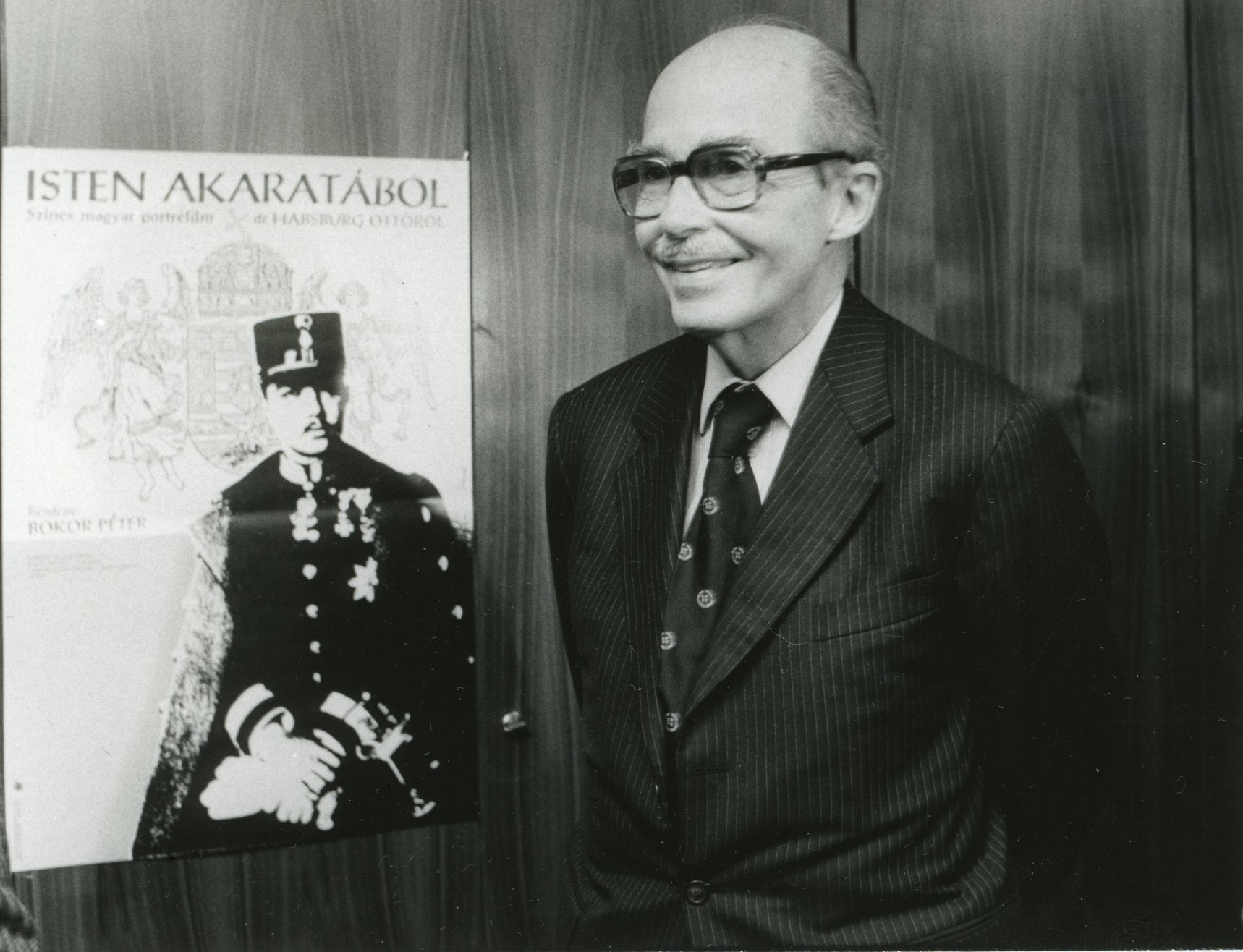 Before his formal visit in 1989, Otto von Habsburg had already spent some private time in Hungary. Due to these private stays and to the premiere of the portrait film By God’s Will, his business-framed visit attracted a great deal of attention, which became apparent several times during the rich programme. Otto von Habsburg spent three and a half days in Hungary as a member of the delegation of the European Parliament to participate in ministerial-level discussions, to give interviews and to have private talks with various public individuals.

At the “headquarters” in Hotel Gellért, a number of television and radio correspondents, including the American ABC News, the German ARD and Hungarian Public Service Television took turns with interviews. On 28 February Otto von Habsburg gave a lecture in the Kárpátia Restaurant organized by the European Cultural Association for the representatives of Hungarian cultural and scientific life. The next morning he met with Minister Rezső Nyers, and after further discussions he watched the portrait film By God’s Will accompanied by other members of the EP delegation at MOKÉP, in Báthory street. The Báthory street screening room was used for the weekly entertainment of the members of the Political Committee, including János Kádár. After the screening a reception was held with representatives of the Hungarian film industry, and in the evening, Otto gave a lecture on the Common European Home in the Rajk László College. The room was so packed, some of those present evened to stand on the windowsills.

On the morning of 2 March, he met Speaker of the National Assembly Mátyás Szűrös. Later he accepted the invitation of the Hungarian Jewish Cultural Association and gave a lecture at the Eötvös Loránd University in the Maria Theresia Hall, which was also recorded by Hungarian Radio. Again, the hall was packed, elbow-to elbow, with an enthusiastic crowd, eager to hear his views. This lecture documented the changing political situation in Hungary, as it allowed the right of free expression to re-emerge. The lecture touched upon, among others, Otto von Habsburg’s relations to Hungary, and his citizenship, Hungary’s opportunities with European accession, the situation in Transylvania, the relationship with the Soviet Union – all the while imbued with the mindset of a true European statesman, committed to Hungary and a united Europe. The series of photos shown here offers a taste of the events of those few days and represents the euphoric regime-changing-mood in which Otto von Habsburg was welcomed in Hungary in the early spring of 1989.

The twenty-year period during which Otto von Habsburg was a Member of the European Parliament, starting in 1979, was an important stage in his political career. During a visit to the Historical Archives of the European Union, we had the opportunity to look at the collection and discuss possibilities for inter-institutional cooperation.

Visit by a former colleague of Otto von Habsburg

Jean-Louis Bourlanges, Chairman of the Foreign Affairs Committee of the French National Assembly visited our Foundation.