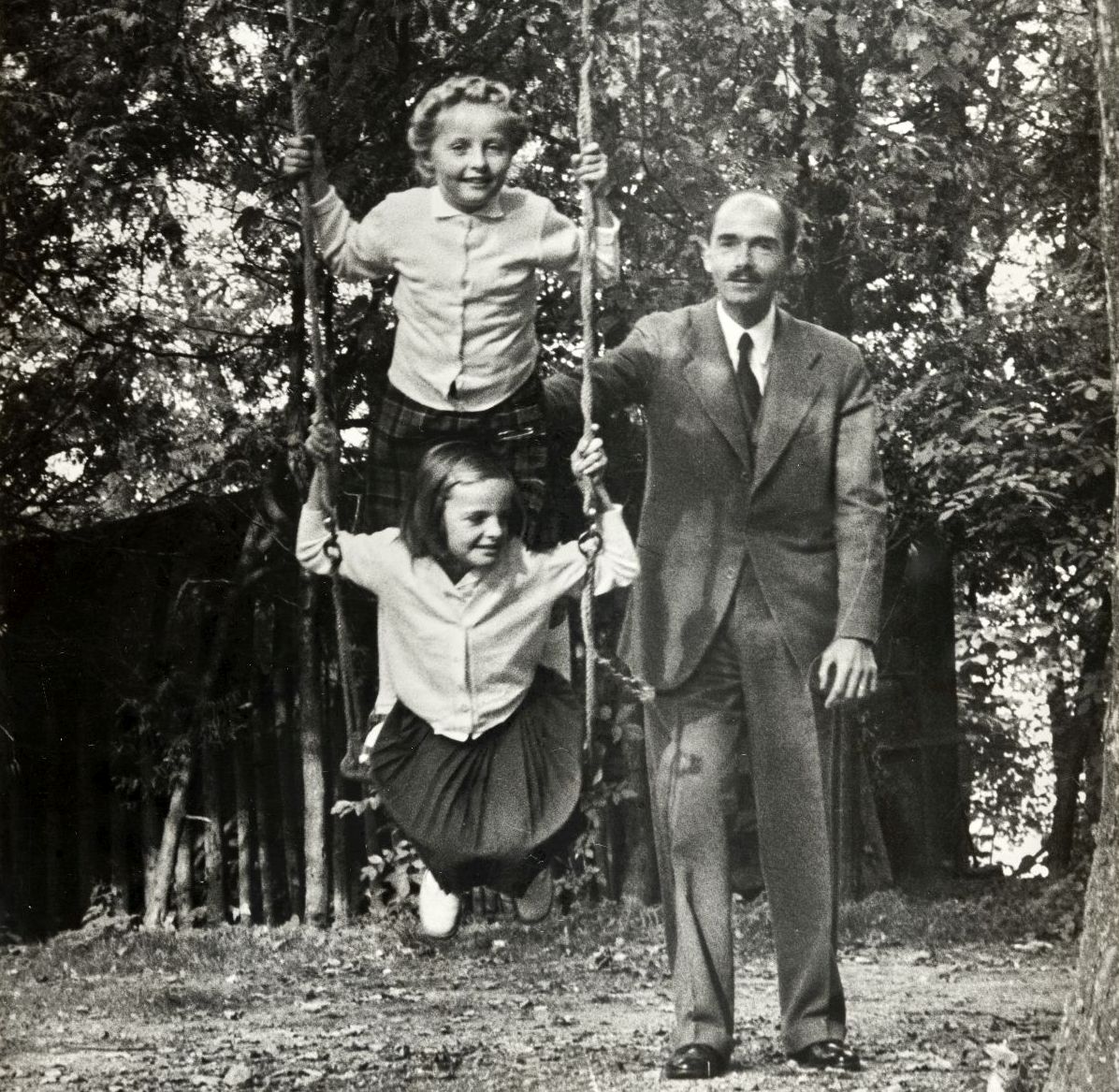 Our namesake’s correspondents came from a wide range of backgrounds, from well-known politicians and statesmen to ordinary people, and even children. Growing up in a large family and being a father of seven children, Otto von Habsburg responded to these letters – written by children – with due attentiveness. For Children’s Day, we have selected a selection of letters written by the younger generation. Letters from children, especially handwritten ones with drawings, are a colourful highlight in the secretariat’s correspondence. Many of the senders ask for a photograph and an autograph from the heir to the throne, whom they hold in high esteem.

The letters were written for a number of reasons. They often refer to Queen Elisabeth and the Sissi trilogy directed by Ernst Marischka, which was regularly broadcast on various TV channels and brought both adults and children closer to the daily life of the Habsburg family. Besides the film, books on the monarchy are also mentioned. A twelve-year-old girl in Klagenfurt in 1987 wrote to Otto that she had read all the books on Elizabeth. In addition to external factors, of course, the children’s environment, their families, played just as important a role. The younger children must have had adult help in writing the letters.

In 2007, a seven-year-old boy in Taunusstein, Germany, wrote that he had worded the letter almost on his own, with little help from his teacher. The second-grader emphasised Otto’s peace-loving nature, which his mother also spoke of at home. In his message he asked for a signature for Christmas, which he promised to put on his desk and always look at it before going to bed.

Particularly interesting is the exchange of letters 30 years ago between Otto von Habsburg and the eight members of the St. Bridget of Sweden Scout troop. The young people sent the letter in October 1992 from Alsmoos in Bavaria, on the subject of European politics, an important element of Otto’s life’s work. As part of a competition on the future of Europe, the group of teenage girls was given the task of initiating a correspondence with a representative of a European institution. The team contacted Otto von Habsburg and asked him six questions, to which they soon received a reply. The Member of Parliament answered their questions on economic and cultural life point by point. In his letter, Otto von Habsburg quoted Sir Tom Normanton, a former member of the House of Commons and later a European politician, when he replied to the question of his influence on European politics as a Member of the European Parliament:

“When I was in the House of Commons, I had unlimited jurisdiction but little influence. Since I have been in the European Parliament, my responsibility is small but my influence is big.”

Also just three decades ago, 5th graders in Waldkraiburg, Bavaria, wrote a letter to their MEP asking for help to protect Common redstarts and European robins. The reason for the request was that the children had read in the newspapers about the new regulation that allows the hunting of songbirds in Italy.

These examples also show the variety of questions with which Otto von Habsburg was approached. In the vast majority of cases, even in the midst of a heavy caseload, he usually answered the questions of the young people himself, with his usual precision. In each case, he expressed his special thanks for the attention paid to his family and his person, and most of the time he included some educative thoughts in his answers. He reminded the 14-year-old girl, who was interested in history, that history itself is the best teacher of politics and that it provides a solid foundation in changing times. He welcomed the children’s interest in history, especially their commitment to European politics, something he himself has worked for all his life. Even in his old age, the former heir to the throne was open to the younger generations, showing how important he considers the role of young people in shaping their own future. 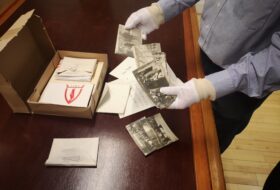 Our collection has grown with more valuable material

On September 20, 2021, Archduchess Walburga Habsburg-Douglas handed over to our Foundation diaries that shed more light on her father’s life. 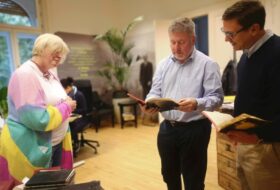