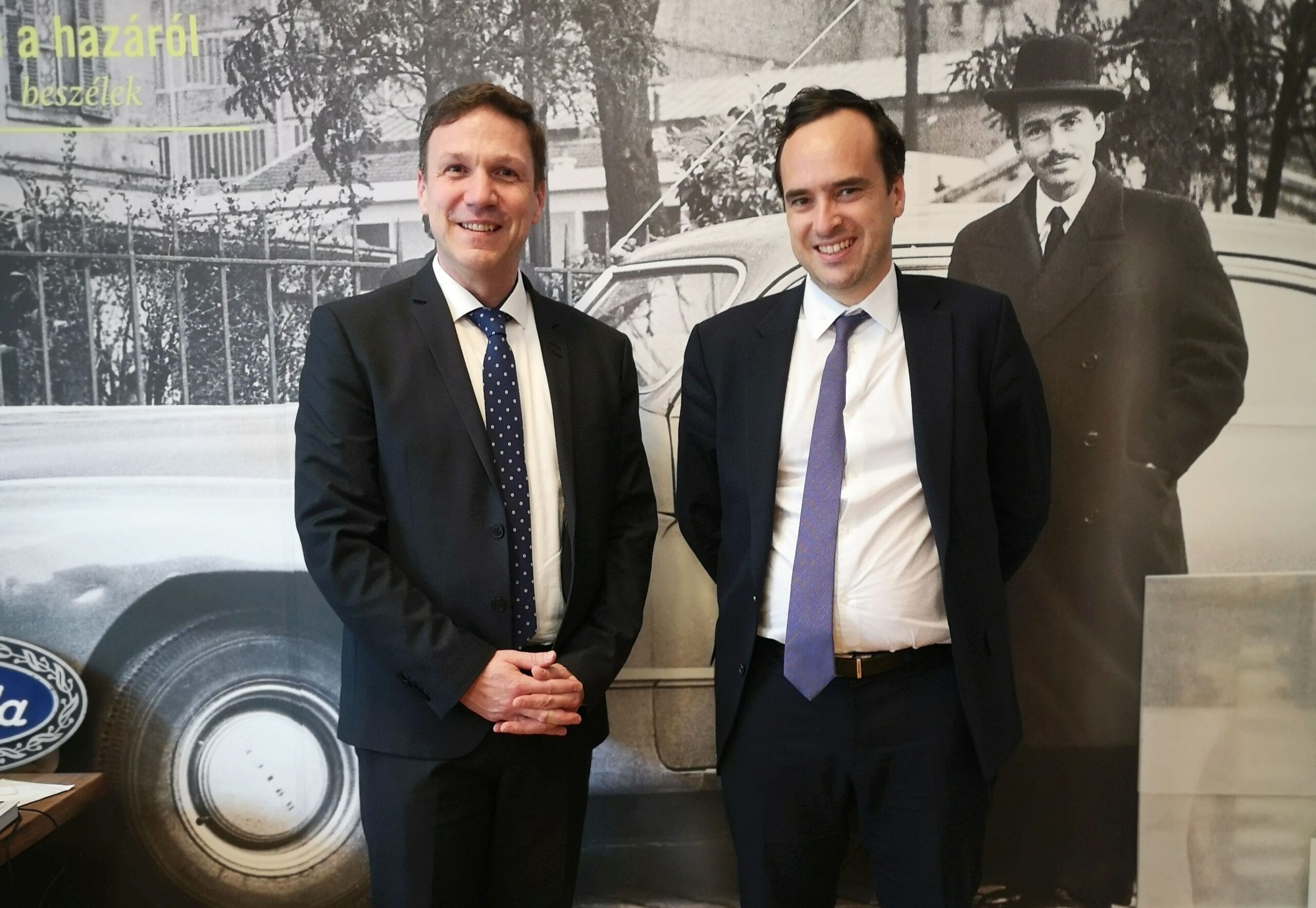 During the visit, Otto von Habsburg’s concept of Europe was discussed, as well as the similarities and differences between the Habsburg monarchy and the European Union. With our guest, we talked about Dutch journalist Caroline de Gruyter’s recently published book (Beter wordt het niet. Een reis door de Europese Unie en het Habsburgse Rijk. De Geus, 2021), which, as we learned, is currently being translated into French.Florent Parmentier was delighted to hear that the Otto von Habsburg Foundation was in contact with the author and would be involved in the Hungarian publication of the book.

The Secretary General also mentioned the initiative of the Director of the Maison Jean Monnet (Jean Monnet House) not far from Paris, in the commune of Bazoches sur Guyonne. Philippe le Guen plans to set up a forum to bring together institutions and foundations that preserve the legacy and intellectual heritage of personalities who have played a major role in building a common Europe. Our French guest believes that we should be part of this collaboration and will propose to involve the Otto von Habsburg Foundation in the project.

The leaders of the Robert Schuman Foundation in Budapest

The President of the Robert Schuman Foundation, Jean-Dominique Giuliani, visited our Foundation on 10 May. The head of the renowned French think tank focusing on European issues, who is also in close contact with the EU policy makers of President Emmanuel Macron, was invited by the Otto von Habsburg Foundation to participate in several meetings and conferences during his short stay in Budapest. 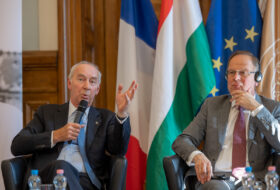 Ursula Plassnik visited our Foundation on 6 May 2022. She served as Austrian Foreign Minister for four years from 2004, and before that for many years as head of the Vice-Chancellor’s and then Chancellor’s Cabinet of Wolfgang Schüssel. In 2010-11, she was of great help to the Hungarian foreign affairs leadership preparing for its first EU Presidency. 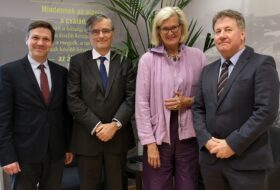