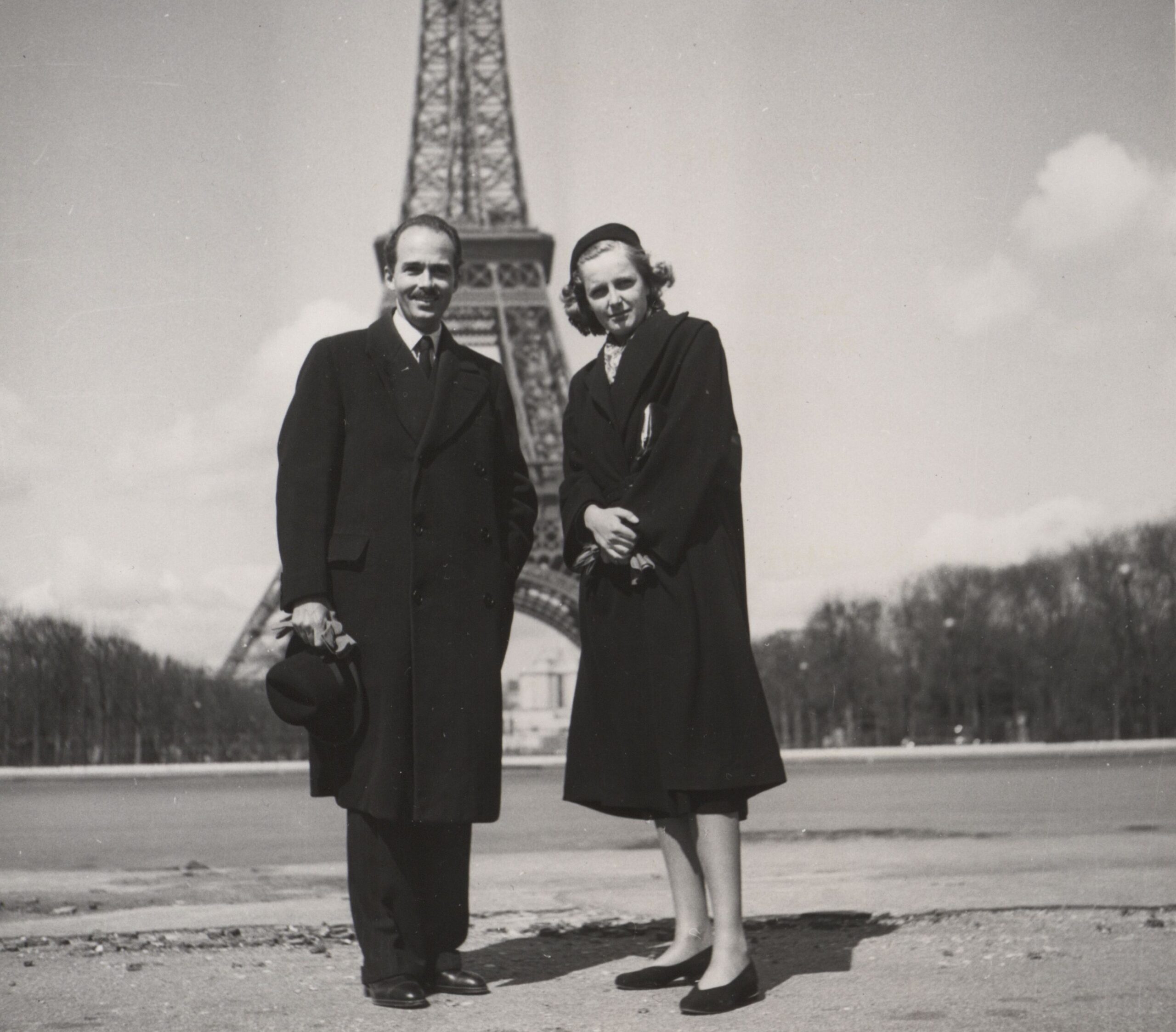 Among European countries, the namesake of our Foundation has followed political events in France with a special interest. Otto von Habsburg, in addition to having Bourbon and Lorraine family roots and identifying himself as a bit French, lived for many years near Paris and had excellent connections in the highest French political circles.[1] By the 1930s, he was spending much of his time in the French capital, mainly at the Hotel Cayré on the Boulevard de Raspail, and regularly followed the debates of the National Assembly from the tribune. Between 1946 and 1954, after his expulsion from occupied Austria, he travelled extensively, but set up his ‘headquarters’ in France. After his marriage in Nancy, from 1951 to 1954, he lived in Clairfontaine, near Rambouillet, 60 km from Paris.

His many writings and articles testify to the fact that politics in France was of particular importance to him. He believed that the Constitution of the Fifth Republic, created in 1958 after the return to power of General Charles de Gaulle, was one of the best in contemporary Europe. He also cited the French system as an example in an article he wrote in 1990 on the occasion of the ceremonial sitting of the first Hungarian free parliament after the change of regime.[2]

Until his old age, Otto von Habsburg followed with great interest the presidential elections that had a profound impact on the political life of France. Twenty years ago he wrote several articles on the subject. In 2002, the outgoing president of the centre-right party, Jacques Chirac, and outgoing Socialist Prime Minister Lionel Jospin seemed the most likely candidates. In the first round, however, Jean-Marie Le Pen, then president of the National Front, considered a far-right party, came second with 16.86%. This unexpected turn of events shocked France and indeed the whole of Europe at the time. In the second round, a broad coalition was formed to prevent Jean-Marie Le Pen from coming to power: voters on the left, choosing the lesser of two evils, voted for Jacques Chirac. The President, then in office for seven years, was re-elected on 5 May 2002 with a record 82.21% of the vote.

This event has significantly shaped French domestic politics over the last two decades. Five years later, Jean-Marie Le Pen could not manage to make it to the second round again. In 2011, his daughter Marine Le Pen took over the party from the then 83-year-old politician. She also tried to run for president, but in 2012 she also didn’t get past the first round. But in 2017, fifteen years after the historic 2002 elections, she came second in the first round with 21.3% of the vote. This was the case again in 2022. Marine Le Pen has reached record levels of support and has put a serious squeeze on her rival Emmanuel Macron. Otto von Habsburg’s lines, written twenty years ago, rhyme well with current events.

Then, in a commentary in the 13-14 April 2002 issue of Vorarlberger Nachrichten, before the first round of the elections, Otto quoted the thoughts of Richard Coudenhove-Kalergi, the founder of the Paneuropean Union: “With France, it is very difficult to build Europe; without France, it is impossible.” He added that “one thing is clear: the question in the forthcoming elections [in 2002] will be whether France is ready to become, as it was under de Gaulle, the driving force of the European Union, or whether it will return to the old bureaucratic concepts.“[3]

After the second round – also in an analysis published in the Austrian newspaper – Otto von Habsburg commented on the success of the populist politician: “Everyone except Le Pen has lost their followers. Not surprisingly, given that the latter is a born opposition leader and a brilliant speaker who has said out loud what people are thinking. […] The French are angry with their politicians because they have done little recently. The country has had great figures in the past, including the 20th century giant Charles de Gaulle. Since then, it has had more minor party functionaries, who were rejected by the population at the start of the Second World War. […]

France is lucky that Le Pen is not Hitler. Le Pen is just a wild war horse who has done well in the war and is bitter about what the world leaders have done to his country. […] Le Pen’s resurrection, because that is what it is, which happened relatively late in his life, proves that in public life, we must not always talk about the faults of others, but above all, we must examine our conscience. Many French politicians have not taken the Le Pen phenomenon into account and have not considered his actions squarely, nor have they given the honest answers that the French people rightly demanded. They thought they could get past the bitter reckoning with the help of shrewd and competent advisers. This proved impossible.

This is how the Le Pen phenomenon was formed, which today can no longer be defeated by loud cries and the organisation of demonstrations. It would be much healthier if the politicians concerned in France would do some serious soul-searching and be prepared to recognise the weaknesses of their actions and renew themselves. In practical life, man can only improve himself. So the future also depends on whether we are prepared to do this, or whether by demonising those who hold up mirrors we try to create a situation in which – as history shows – we end up with something far worse than we fear at present.“[4] 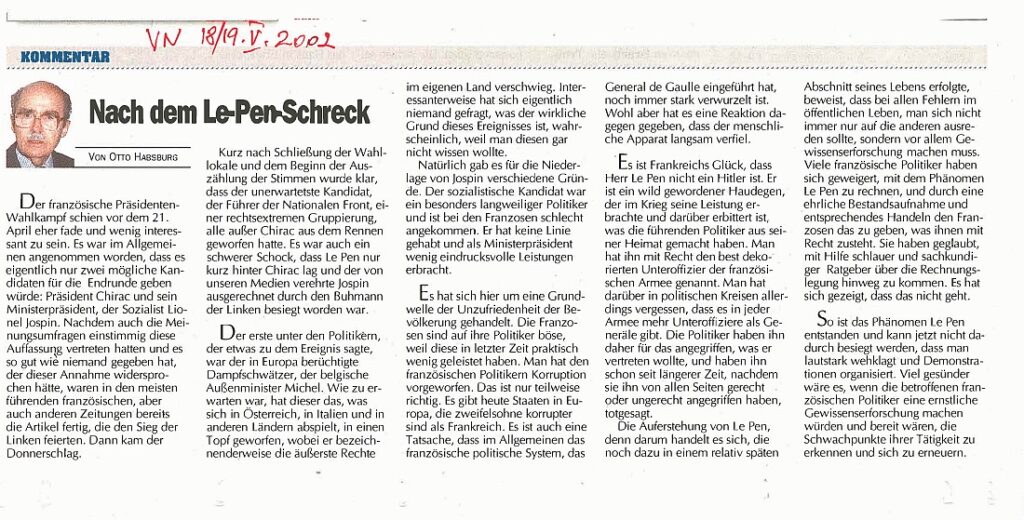 Otto von Habsburg’s analysis twenty years ago goes beyond France and its political elite. It encourages public figures – like everyone else – to do some honest soul-searching from time to time: do not blame others, but think about what was right or wrong at a given time and draw the right conclusions. Emmanuel Macron, who won the French presidency for another five-year term on 24 April 2022, has made several statements suggesting that he has understood the message of the election results and will change his policies. Whether his words were the result of a sincere examination of conscience, and if so, whether he succeeds in his ambitions, could be crucial not only for the future of France, but also for the future of Europe.

But only the future will tell.

[1] See the short articles published on the website of the Otto von Habsburg Foundation in 2020 and 2021:

The Otto von Habsburg Foundation and the Institute for Strategic Studies of the National University of Public Service are organizing a roundtable discussion entitled Essential Europe on 10 May 2022 at Ludovika, with the participation of Jean-Dominique Giuliani, President of the Robert Schuman Foundation in Paris, and Tibor Navracsics, Member of Parliament, former Minister and EU Commissioner. 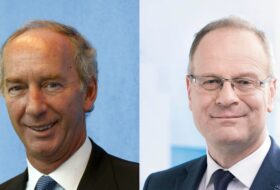 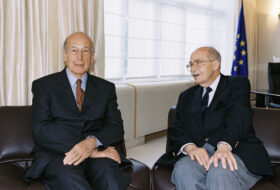