The study presents the activities of the former heir to the throne in connection with the Hungarian events of 1956, based on documents managed by the Otto von Habsburg Foundation. Relying on the sources found in the continuously processed documents, light was shed on his extensive network of acquaintances and the fact that he was one of the most knowledgeable persons of his time. Even before the revolution, Otto von Habsburg paid close attention to observing the events in Hungary. The study points out that in 1956 the role of the former Crown Prince was not negligible. It is thanks to him, among other things, that the Hungarian issue was presented at the General Assembly of the United Nations and was one of the few who took concrete steps to help the Hungarian revolution to receive Western military help. Otto von Habsburg tried to organize democratic political forces, above all the Christian Democratic political camp, in the hope of free parliamentary elections. At the outbreak of the Suez crisis, he concluded almost immediately that there was no real chance of Hungary exiting the Eastern bloc because it was not in the best interests of the international constellation and the great powers. Nevertheless, even after November 4, Otto von Habsburg continued to emphasize that the revolution dealt a deadly blow to communism and that Hungary’s sacrifice was not ineffective at all.

In addition to this brief summary of the article, on the occasion of the 65th anniversary of the 1956 revolution, we would like to draw your attention to two articles published on our website last year. One is about Otto von Habsburg’s 1956 Hungarian proclamation, and the other about the revolution’s Spanish aspects.

The latest Annual Report of the Otto Habsburg Foundation has been published. The publication gives an overview of our Foundation’s activities and events in 2021, the books we published in the given year and provides information on the most important developments in the collection’s work. The report can be read in full below. 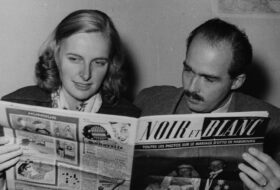 Book: Otto von Habsburg and the changes of regime

Our second publication, Otto von Habsburg and the changes of regime, is now available in bookshops. 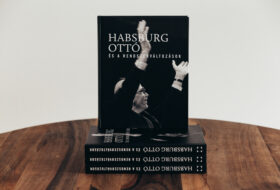