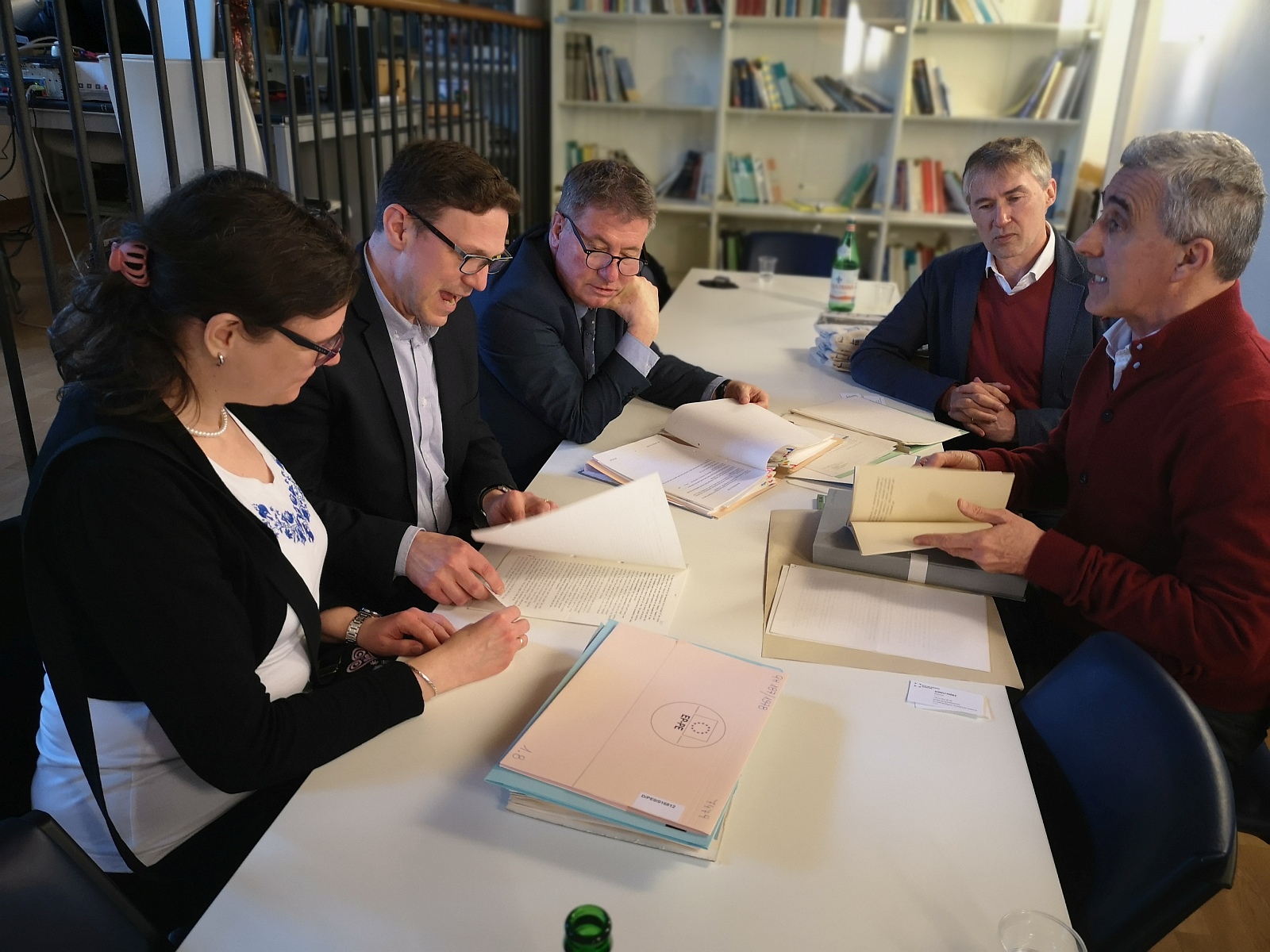 An important task of the Otto von Habsburg Foundation, in addition to processing the collection in its care, is to try to collect documents relating to the life and work of the last Hungarian heir to the throne from a wide range of sources. An important stage in Otto von Habsburg’s political career was the twenty-year period, starting in 1979, when he was a member of the European Parliament (EP) for the Christian Social Union in Bavaria (CSU). This period is particularly noteworthy because he was the first person to speak in Hungarian in the EP, drawing attention to the fate of Hungarians living beyond the borders and to the fact that the enlargement of the European Union is a historic duty of the West.

Our Foundation contacted the Director of the Archives, Dieter Schlenker, who, after preliminary exchanges of messages, suggested that during our visit we should consider the possibility of cooperation between the different parts of the collection. At the same time, he proposed to discuss the framework for institutional cooperation, especially given that our country – following the forthcoming accession of the Czech Republic – is one of the three EU Member States, along with Lithuania and Croatia, that is not yet part of the community of countries supporting the EUI.

Together with Senior Archivist Eszter Gaálné Barcs, Szilveszter Dékány, the referent of our photo collection, and Gergely Fejérdy, Deputy Scientific Director, we met with several members of the archive staff, the head of the photo library and the head of the archives on 7-8 April. We have assessed the holdings relating to the parliamentary work of Otto von Habsburg, while our discussions have also revealed that the collection contains a number of materials relating to the history of the European Union or the idea of European cooperation that may be of interest to us. These include, for example, a set of documents relating to the early days of the Paneuropean Movement, which were transferred in copies from Russia to Florence in the early 1990s. Juan Alonso, audiovisual archivist, presented the ongoing digitisation work at the institution and gave us a look at the rich poster and photo collection. The Director of the Archives also showed us the section where the dozens of private legacies that have been bequeathed to the archives are kept. We also had a mutually useful professional discussion on the processing of these units. We were also able to attend a meeting of the HAEU staff, which included a cheerful encounter with Norbert Timár, the institution’s trainee from Csíkszereda.

We have agreed with Director Dieter Schlenker that on the occasion of the 110th anniversary of the birth of Otto von Habsburg, we will make available to the European University Institute our English-language roll-up exhibition on him. We also plan to organise a round table discussion with Hungarian participants on the activities of our namesake in the European Parliament. Our delegation was welcomed by Marco Del Panta Ridolfi, Secretary-General of the EUI, and Mathias Neukirchen, Director of the EUI, who expressed their hope that Hungary will soon join the group of countries supporting the EUI’s activities.

Recommendation: Centripetal and Centrifugal Forces in the European Union

An essay entitled Centripetal and Centrifugal Forces in the European Union by György Szapáry, member of the Board of Trustees of our Foundation, was published in the December 2021 Issue of the Financial and Economic Review, in the Our Vision column. 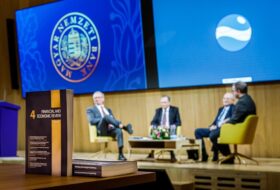 Visit by a former colleague of Otto von Habsburg

Jean-Louis Bourlanges, Chairman of the Foreign Affairs Committee of the French National Assembly visited our Foundation. 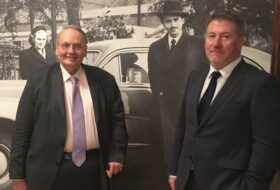