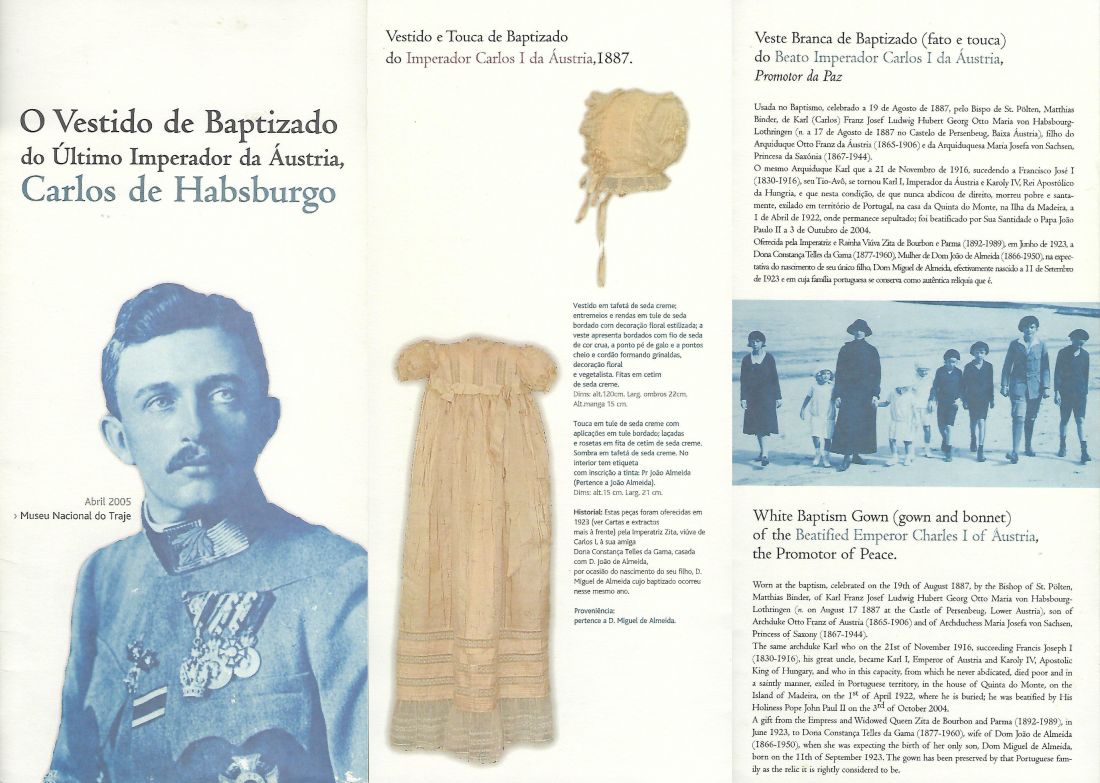 „My dearest and most good Dona Constança! On this auspicious and unique occasion, I embrace you warmly and must confess that I can hardly express in simple words the heartfelt joy that I take in your great happiness (…) – a well-deserved blessing bestowed upon you both!”

Empress Zita wrote these words in a letter to her friend, Dona Constança Telles da Gama, on 23 May 1923, shortly after the first anniversary of Emperor Charles’ death. The fate of Charles IV of Hungary and his family, deported to Madeira without financial means, evoked much solidarity on the part of many Portuguese families that resided on the island, gaining them many supporters and friends, even though they only spent a short time there. The Portuguese aristocrat Dom João de Almeida and his wife Dona Constança Telles da Gama became particularly close to the royal couple. As soon as the Empress heard in 1923 that her friend was expecting her first child, she wrote her two glowing letters to express her gratitude for the support the couple had shown to both her late husband and herself in their exile. Sidestepping ties of blood, hierarchy and family considerations, she even presented her friend with the royal children’s trousseau that included the white baptismal gown that had been worn by the Emperor and her seven children at their christenings.

This gesture testifies to the unprecedented friendship between the two women, which united them regardless of social rank. It was a token of how deeply grateful the Empress felt towards the Portuguese people who showed them such generosity during the first, most difficult years of their exile.

The gown and the headband have been preserved and were made available to the National Museum of Portugal by the Almeida family. Both were among items shown at a previous temporary exhibition.

On behalf of the Otto von Habsburg Foundation, we thank Klára Breuer, the former Ambassador of Hungary to Lisbon, for her help in publishing this article.

Leaflet of the temporary exhibition at the National Museum of Portugal 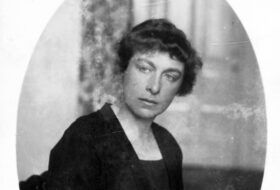 The Spanish flu, also known as the 1918 flu pandemic, was the first worldwide epidemic in history, wiping out about 3 to 5 percent of the world’s population. 98 years ago Charles IV, the father of Otto von Habsburg and the last Hungarian king, was among those who lost his life battling the disease. 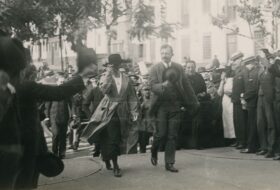