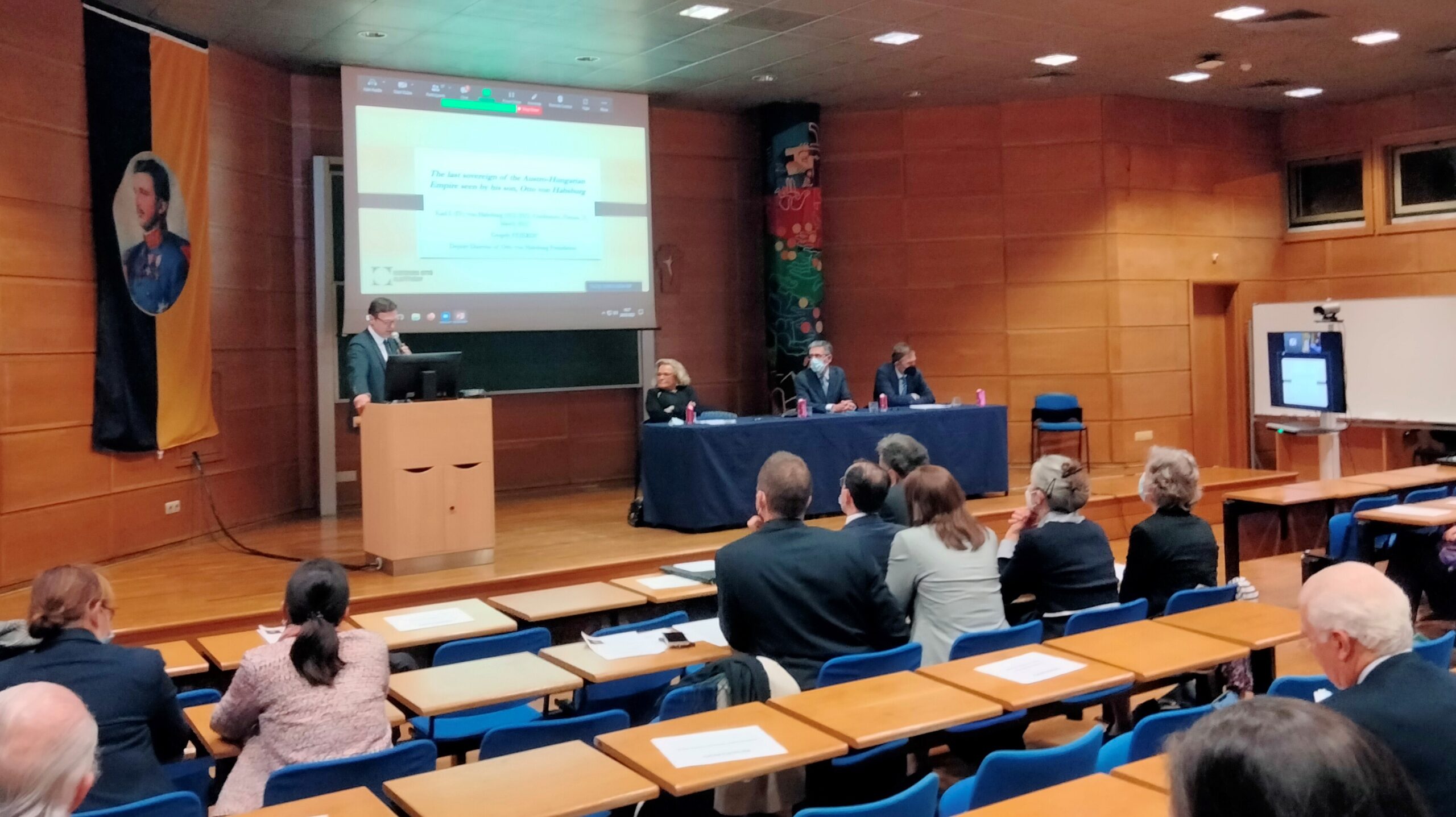 The Hungarian and Austrian embassies in Lisbon and the Universidade Católica Portuguesa (Portuguese Catholic University), in cooperation with the Otto von Habsburg Foundation, organised an academic event on 24 March about the last Emperor of Austria and King of Hungary, Charles von Habsburg. Isabel Capeloa Gil, Rector of the University, greeted the audience, which included a number of ambassadors accredited to Portugal, as well as academic and ecclesiastical representatives. The event was opened by Miklós Halmai and Christoph Meran, Hungarian and Austrian Ambassadors, and Georg von Habsburg, Hungarian Ambassador to Paris and curator of our Foundation. In a personal video message, the grandson of the former monarch shed light on the family and historical connections.

After the introductory remarks, the participants had the opportunity to listen to presentations on the life of the last ruler of the Austro-Hungarian Monarchy from different perspectives. Andreas Gottsmann, Director of the Austrian Historical Institute in Rome, focused mainly on the challenges of the First World War and the final days of the Monarchy. José Miguel Sardica, a professor at the Portuguese Catholic University, focused on the former monarch’s days in Madeira, while Gergely Fejérdy, Deputy Director of our Foundation, spoke about Charles IV from the perspective of Otto von Habsburg, the son of the King and Emperor who died 100 years ago. The conference was moderated by Luisa Leal de Faria, President of the University’s academic working group.

The roll-up exhibition of 9 panels in English on the last Austrian and Hungarian monarch, entitled “Life and Memory”, created by the Otto von Habsburg Foundation, was also a great success. Our Foundation’s Deputy Scientific Director, together with Austrian historian Andreas Gottsmann, also gave a long interview to the editor of the daily newspaper Diário de Notícias about the life of King and Emperor Charles. Gergely Fejérdy had an interesting conversation with the Austrian Ambassador to Portugal, Christoph Meran, who is the great-grandson of Archduke John, the younger brother of Francis II, Holy Roman Emperor (as Francis I, the first Emperor of Austria), and a good expert on the history of the former ruling family.

The meetings and events have made a significant contribution to the further internationalisation of the Otto von Habsburg Foundation’s activities, especially in Portugal. 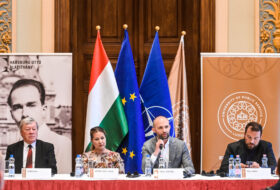 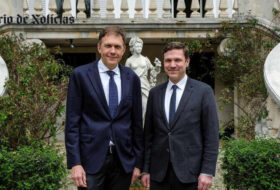